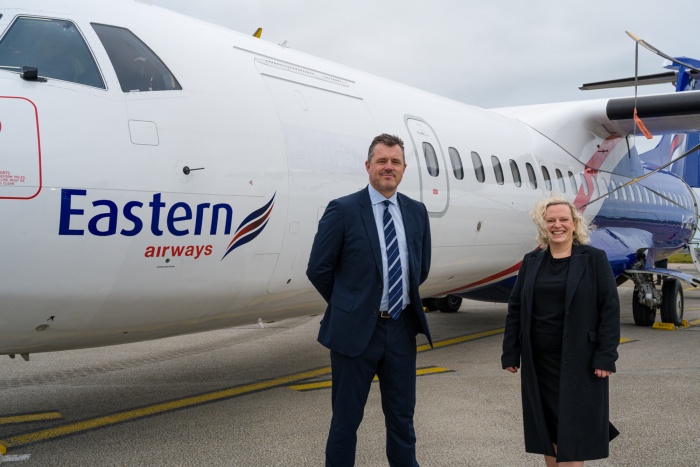 The flight was operated with an ATR72-600 turboprop aircraft, filled with sustainable aviation fuel (SAF) supplied by Air bp.

The airline underlined its commitment to reduce carbon emissions, backing calls for closer collaborative work between industry and government to lower the cost and widen availability of SAF.

Restoring a vital air connection, the Cornwall to London flights increase to a day return frequency Monday to Friday from January 17th, bolstered by twice-daily service on Sundays, from February 12th.

From the end of March, the airline will offer twice-daily Saturday services, bringing optimised flexibility for visiting friends and relatives.

“It’s good to see Eastern Airways operating its inaugural Cornwall to London flight using SAF and this is a great milestone.”

Eastern Airways, based at Humberside Airport, and founded in 1997, was awarded the PSO from the UK Government on November 21st.