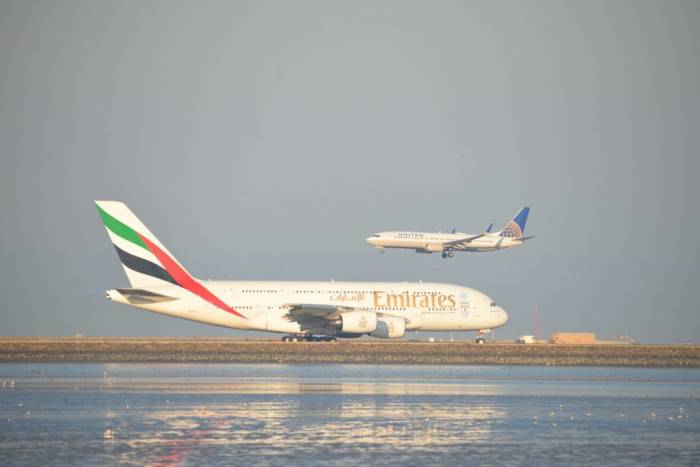 The carriers sent invites Tuesday for a joint “special event” in Washington, D.C., on September 14.
The invites came hours after The Air Current reported that United and Emirates were near a new codeshare partnership. Such a pact would allow each airline to sell tickets on certain flights operated by the other that would give travelers broad connectivity across the airlines’ respective route networks. United would likely gain new markets in Africa, the Middle East, and India, and Emirates significantly more access to the U.S. market.
A partnership would represent a dramatic warming of relations between United and Emirates. In 2015, United, American Airlines, and Delta Air Lines launched an all-out campaign to limit the growth of the Gulf carriers, including Emirates, Etihad, and Qatar Airways, to the U.S. arguing that they were essentially dumping capacity in the market with the financial backing of their respective governments. As The Air Current reported Tuesday, in 2017 United’s then-CEO Oscar Munoz called the Gulf airlines “international branding vehicles” for the United Arab Emirates and Qatar.

But tensions have eased in recent years. American and Qatar Airways unveiled a broad partnership in 2020 that saw the former add flights to Doha — its first ever nonstop the Gulf — in June. If the United-Emirates pact comes to pass, only Delta would be left without a partner in the Gulf.

For now, we have to wait until September 14 to find out what United and Emirates are up too.