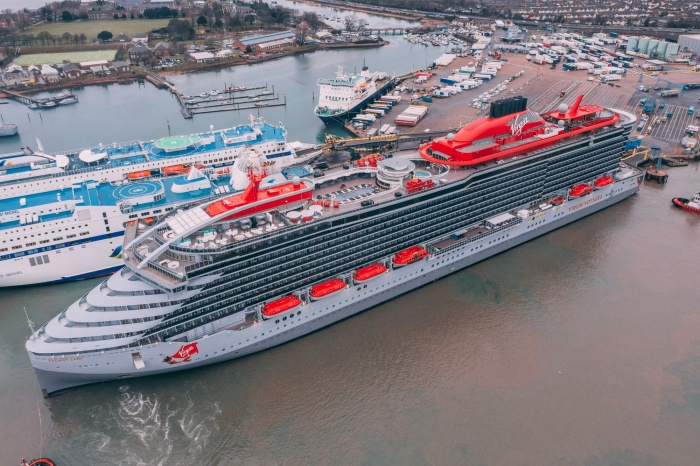 Virgin Voyages has seen bookings surge by 178 per cent in the last six months as the Covid-19 pandemic continues to recede.

After two years of restrictions, a study of 14,000 travellers by the brand finds consumer appetite for cruising has rocketed, with 96 per cent keen to cruise this year.

Compared to global holidaymakers, UK travellers are hungry to explore, citing destinations as the lead factor in picking a cruise (69 per cent).

While the desire for travel is high, the data also indicates consumer confidence continues to rebuild with the health and safety protocols of a ship being the third most important factor (29 per cent).

“After a tough two years, people are excited to explore the world again and it means a lot to us that we can help facilitate that.

“We know that now more than ever, travellers want to invest in quality experiences.

“They’re seeking the best value for money, which is exactly what we offer.”

From May, Valiant Lady will operate from her new homeport in Barcelona offering late night and overnight stays in the likes of Málaga, Palma de Mallorca, the Canary Islands, Lisbon, Belgium and Ibiza.

She has, however, been forced to cancel a series of trips from Southampton in the coming weeks after a scheduling mix-up.

Commenting on the launch of Valiant Lady, Nirmal Saverimuttu, president of Virgin Voyages, said: “We’ve thrown out the rule book and said goodbye to bow ties and buffets.

“Instead, our ships are exclusively adult, have a no-tipping policy and boast some of the best dining experiences you’ll find at sea, or on land for that matter – including the world’s first Korean BBQ and the biggest collection of mezcal and tequila at sea.

“This is what it means to set sail the Virgin way, and we can’t wait to welcome sailors – old and new – on board.”